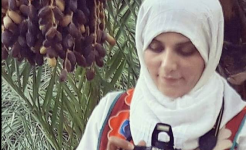 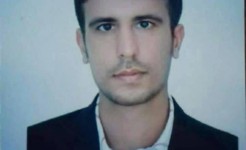 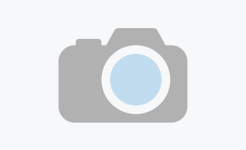 The condition of Hoor Al-…

To describe the situation of Hoor Al- Azim ( the Great Marsh) as alarming is an understatement. This massive…
Read More 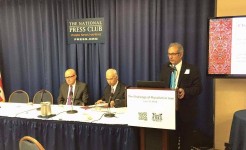 The challenges of Biden in…

Ahwaz Floods; Save half a million… 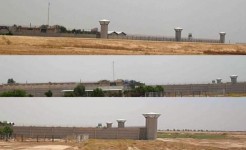 On April 29th, the Ahwaz Human Rights Organization (AHRO) received a report about the severe beating of a group of…
Read More 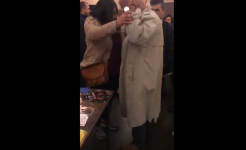 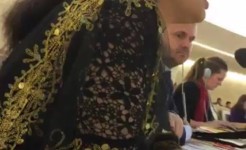 Speech by Mr.Qusay Doraghi the representative of the Democratic Solidarity…
Read More

Torturing Ahwazi Arab female political prisoners in Iranian prisons in order to extract forced confessions from them is yet to stop, local sources informed the Ahwaz Human Rights Organisation (AHRO).

The imprisoned Ahwazi women were arrested arbitrarily and without any legal authorisation following an armed attack on an Iranian military parade in Ahwaz in September 2018.

Iran used the attack as an excuse to cleanse the Arab region of Ahwaz from peaceful political and cultural activists by arresting them.

Although Iranian authorities said at the time that they had arrested 22 people in connection with the attack, they did not stop there, and they continued making arrests a month after the attack in order to instil fear and suppress the peaceful Ahwazi movement.

Labour activist and newly-released political prisoner Sepideh Gholian revealed recently that hundreds of Arab women have been put in Ahwaz’s prisons purely for being women first, and for being Arab second.

“Zahra is one of hundreds of Arab women who is enduring oppression and torture in prison in Ahwaz for two reasons: one that she is a woman, and two that she is Arab,” Gholian tweeted.

Gholian revealed in another tweet that Maryam Hamadi’s mother, Fatemeh Tounitzadeh, has also been held under temporary detention since September 2018.

In another tweet, Gholian gave details of what the interrogators who tortured Ahwazi women in prison wanted from them.

“The interrogators wanted her to confess that she is affiliated with ISIS,” Gholian tweeted.

In a statement in October 2018, AHRO reported that more than 600 Ahwazis, including women, were arrested by Iranian authorities.

AHRO added in the same statement that many of the arrestees, including women, were being tortured in secret detention facilities belonging to Iran’s intelligence services in order to extract forced confessions from them.

Iranian authorities have arrested about 1,000 children between the ages of nine and 17 in the southwestern province of Khuzestan following the November anti-government protests in the country, the Ahwaz Human Rights Organisation (AHRO) sources reported.

The arrested children have been transferred to a juvenile detention center in the city of Khorramshahr (Muhammara), say AHRO’s sources.

AHRO’s sources added that the arrestees are tortured for forced confessions, and the poor state of food and hygiene, particularly for those who were wounded due to security forces firing at protesters, have left these detention centers in dire straits.

A total of 850 arrestees have been transferred to the Ahwaz Central Prison in Khuzestan’s city of Sheyban and are suffering from poor conditions due to lack of space and health facilities.

A further 300 of the arrestees from Khuzestan’s city of Abadan are held in dire straits in the courtyard of the city’s prison due to insufficient place.

These arrestees were recently transferred to this prison and had previously been held at schools, police stations, intelligence and IRGC centers. Signs of torture were seen on many of the arrestees’ bodies.

Security forces have also arrested between 600 and 700 people in city of Mahshahr (Ma’shour) and transferred them to a warehouse in the city. The arrestees are reportedly held in dire conditions due to lack of food and health facilities in the warehouse.