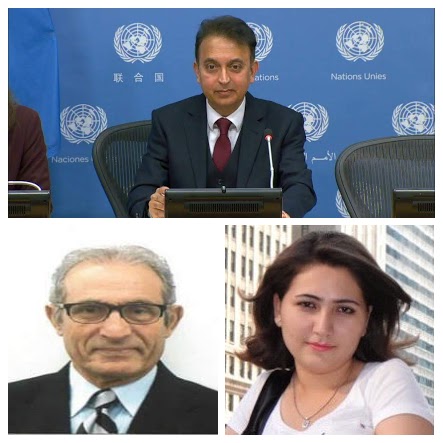 The one-hour pre-arranged meeting lasted about 2 hours in length.

First, Ms. Sulymani discussed very important issues and concerns about the many human rights violations of Azerbaijani Turks in Iran. Issues such as minimizing the population numbers, anti-Turkish discourse by the regime and Persian intellectuals, the situation of political prisoners and numerous other human rights concerns, including the current situations of Southern Azerbaijani Turks in Iran.

Dr. Rahman had many questions about the human rights situation in the al-Ahwaz province, also referred to as Khuzestan by Iranian officials, as well as the Turks in Iran.

Dr. Abdian provided pertinent explanations on many issues and concerns about the Ahwazi-Arabs and the Azerbaijani-Turks as summarized below: