Despite the denial of the governor of Khuzestan and a member of the National Security Commission of the execution of 22 Ahwazi activists -in connection with the attack on the military parade- concerns continue about “secret executions “- which is in fact not unprecedented in Ahwaz.


Gholam Reza Shariati, governor of Khuzestan, told "IRNA" that “the news is false.”

Adding that there are charges against the prisoners, but these information should be detained from the judiciary.


However, the families of the defendants are still concerned about the possibility that the detainees may be  forced to confess under torture in the Ministry of Intelligence's secret detention centers, as there are many similar examples in the past years where Ahwazi Arab activists were killed under torture or executed following forced confessions. What mainly raises our concern in AHRO is that the detainees are subjected to vague and unfair judicial process without the right to acquire independent lawyers.


The Ministry of Intelligence had previously released a video of the arrest of these 22 people claiming they “supported or were involved" in the military attack and allegedly they were arrested in a house in which "explosives, military equipments and communication devices“ have been discovered and confiscated.


Although ISIS announced the responsibility for the attack, security forces and the Revolutionary Guards have raided various districts of Ahwaz and other Arab cities in the past two months, and over 800 people among them women, the elites of Ahwazi Arab community, cultural activists, and ordinary citizens were arrested as a result.


The Ahwaz Human Rights Organization,  calls for transparency and fair trials for these 22 defendants and other Ahwazi detainees and calls on judicial authorities to allow all detainees the right to visit their families.


Ahwaz Human Rights, while condemning these mass executions and forced confessions  that are a result of torture and trial behind closed doors, calls for the involvement of legal entities, in particular, the UN Special Rapporteur Mr. Javaid Rahman, to conduct an independent inquiry into the matter 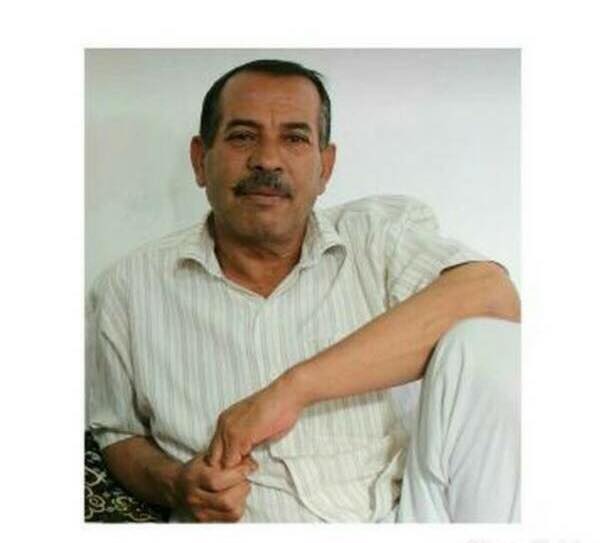 According to reports received by Ahwaz Human Rights Organisation (AHRO) Ali Manbouhi , Ahwazi Arab political prisoner health has deteriorated severely. Manbouhi is sentenced to 25 years in prison for political activities . And has spend 18 years of the sentence .He suffers from heart disease and is in need of medical care and potentially a surgery.
During the past 18 years Ali Manbouhi was transferred between notorious “Karun” prison, Central prison of Baft and Ahwaz Markazi (central) prison in Sheiban.
Mr.Manbouhi suffers from chronic illness due to difficult prison conditions and lack of basic living conditions, such as unhealthy eating and sanitation and lack of adequate medical care in prison.
The authorities also refuse his transfer to a hospital, although doctors visiting the prison have confirmed his need for a heart operation.
According to United Nation resolution 45/111 on “Basic Principles for the Treatment of Prisoners”: “ Prisoners shall have access to the health services available in the country without discrimination on the grounds of their legal situation.”
The Ahwazi Human Rights Organization calls upon the Iranian authorities to respect the right of prisoners and to allow the transfer of Mr. Ali Manbouhi to medical facilities to receive the necessary attention. AHRO also urges  UNHRC to take practical steps toward addressing the widespread human rights violation committed against Ahwazi Arabs and other minorities in particular and Iranian nation in general.
AHRO holds the Iranian government responsible for the safety and sanity  of Mr.Manbouhi until his release.
Ahwaz Human Rights Organization
16 May 2018

On Thursday 19th of March a side event was held at the United Nations in Geneva over non-Persian ethnic and religious minorities in Iran . The conference was attended by the Special Rapporteur of the United Nations on human rights

According to reports received by Ahwaz Human rights organization (AHRO) ; judge Poormohammadi of branch 4 of Islamic Iranian revolutionary court in Ahwaz sentenced 3 Ahwazi Arab cultural activists to prison and exile .
Issa Damani ,Mojahed Zergani and Hussein Heidari were arrested for “spreading propaganda against the Iranian regime” and establishing non-governmental organisations .
Each of the activists received 1 year prison sentence . In addition to this sentence, Issa Damani will be exiled to “Takab” city in western Azerbaijan .
Teaching Arabic language in a language school , creating a civil group to amend tribal laws and decrease the negative impacts of trial believes and traditions ,in addition to founding a charity to help the poor were the type of activity these 3 mena were involved in .
All three activists were arrested in the month of March 2017 and were held in an undisclosed detention center for a period of 1 month and a half
on Saturday 25 of May their sentence was announced .None of the activities these three gentlemen were involved in are in any way illegal , nor is in conflict with the international law or the laws of the country .
Iranian government suppresses any activity by the Arabs of Iran, even if it related to cultural and social being of the community such as charity and has been using the false accusation of “propaganda against the regime “to silence the civil society activists .
Prosecuting this class of cultural activist who direct their effort and energy towards peaceful activities to obtain their rights ,will bring disappointment to a whole society of people who believe civil activity could change the situation for Arabs in Iran and it may give place to violence if no measure should be taken to put an end to the atrocities committed by the Tehran against national minorities in Iran .
Ahwaz Human Rights Organisation condemns this screaming human rights violation against the 3 Ahwazi Arab cultural activists and calls for their immediate and unconditioned release .
We also call upon UN, HRW, Amnesty International and other national and international human rights groups to take an initiative and a stronger stand against anti-human policies of Islamic Republic Of Iran .
Ahwaz Human rights organization (AHRO)
29-6-2017