Family members of Ali Chebieshat and Sayed Khaled Mousawi were informed informally by an official in the Revolutionary Court of Ahwaz on 1 May that their sentences have been upheld by the Supreme Court. Yet, the authorities have so far refused to issue the verdict in writing or provide the families and their lawyer with information about the men’s whereabouts: they were transferred from Fajr Prison to an unknown location in March 2014.

Both men were arrested in November 2012 and taken to a Ministry of Intelligence detention centre in Ahvaz. They were held in solitary confinement without access to a lawyer or relatives for over seven months, during which they are understood to have been tortured or otherwise ill-treated. State-sponsored TV channels showed them, in June and then November 2013, “confessing” to their role in the explosion of a natural gas pipeline close to their native village, in violation of international standards for fair trial, including the presumption of innocence. They were sentenced to death on 9 September 2013 by a Revolutionary Court in Ahvaz on the charge of “enmity against God” (moharebeh). The court sentenced a third Ahwazi Arab man, Salman Chayani, to 25 years’ imprisonment to be served in internal exile in Yazd, central Iran.

Ali Chebieshat and Sayed Khaled Mousawi were transferred from Fajr Prison in Dezful, Khuzestan, to an unknown location on 18 March by Ministry of Intelligence officials. Two other Ahwazi Arab men were secretly executed in January 2014 after they were transferred to an undisclosed location.

Please write immediately in Persian, English or your own language:

Urging the Iranian authorities not to execute Ali Chebieshat and Sayed Khaled Mousawi, to ensure their death sentences are overturned and to grant them retrials in proceedings which comply with fair trial standards, without recourse to the death penalty;

Urging them to disclose the men’s whereabouts immediately, and ensure that they are protected from torture and other ill-treatment and are allowed regular contact with their lawyers and families;

Urging them to investigate allegations of torture, hold those responsible to account and disregard as evidence in court “confessions” that may have been obtained under torture or other ill-treatment.�

Please check with your section office if sending appeals after the above date. This is the first update of UA 72/14. Further information: http://amnesty.org/en/library/info/MDE13/014/2014/en

Ali Chebieshat, Sayed Khaled Mousawi and Salman Chayani were arrested on 10 November 2012 in Khuzestan Province, along with a number of other men, in their village, near the city of Shush. The security forces are understood to have surrounded the house of Ali Chebieshat’s mother, where a private ceremony was being held. They showed no arrest warrant and did not say why they were arresting the men. All the others arrested were later released on bail.

In June or July 2013, Ministry of Intelligence officials told the men’s families that they could meet with the detainees in a mosque in the village of Jarieh. When they arrived at the mosque, the families realized that the room was equipped with cameras. Amnesty International understands that they were told that if they agreed to be filmed while watching their relatives’ recorded “confessions”, the authorities would consider reducing their punishments. They were not told that the recorded footage would be aired on national TV. Ali Chebieshat’s family members, who refused to be filmed, were apparently contacted by Ministry of Intelligence officials a few months later and coerced into being filmed or risk him being executed. In November 2013, Iran’s state-controlled Press TV and Channel 3 of the Islamic Republic of Iran Broadcasting aired a “documentary” called “Lost in Darkness” in which they showed the “confessions” of Ali Chebieshat and Sayed Khaled Mousawi and the footage of the family members.

Two other Ahwazi Arab men, Hadi Rashedi and Hashem Sha’bani Nejad (referred to in UA 137/12 and updates as Hashem Sha’bani Amouri), were executed in secret at the end of January 2014. Their families were told by an official from the Ministry of Intelligence on 29 January that the two men had been executed and buried a few days earlier. Amnesty International understands that the men’s families were not told the exact date of the executions, either in advance or after they had taken place, and have not received the men’s bodies. The official told the families they were not permitted to hold a public memorial for the two men and had only 24 hours in which to hold a private service. Three other Ahwazi Arab men, Mohammad Ali Amouri, Sayed Jaber Alboshoka and Sayed Mokhtar Alboshoka, who had been sentenced to death along with them, remain at risk of execution.

Under Article 38 of the Iranian Constitution and Article 9 of the Law on Respect for Legitimate Freedoms and Safeguarding Citizens’ Rights, all forms of torture for the purpose of obtaining “confessions” are prohibited. Iran’s Penal Code also provides for the punishment of officials who torture citizens in order to obtain “confessions”. However, despite these legal and constitutional guarantees regarding the inadmissibility of testimony, oath or confession extracted under duress, forced “confessions” are sometimes broadcast on television even before the trial has begun and are frequently accepted as evidence in Iranian courts. Such broadcasts violate Iran’s fair trial obligations under Article 14 of the International Covenant on Civil and Political Rights, to which it is a state party, including the presumption of innocence. 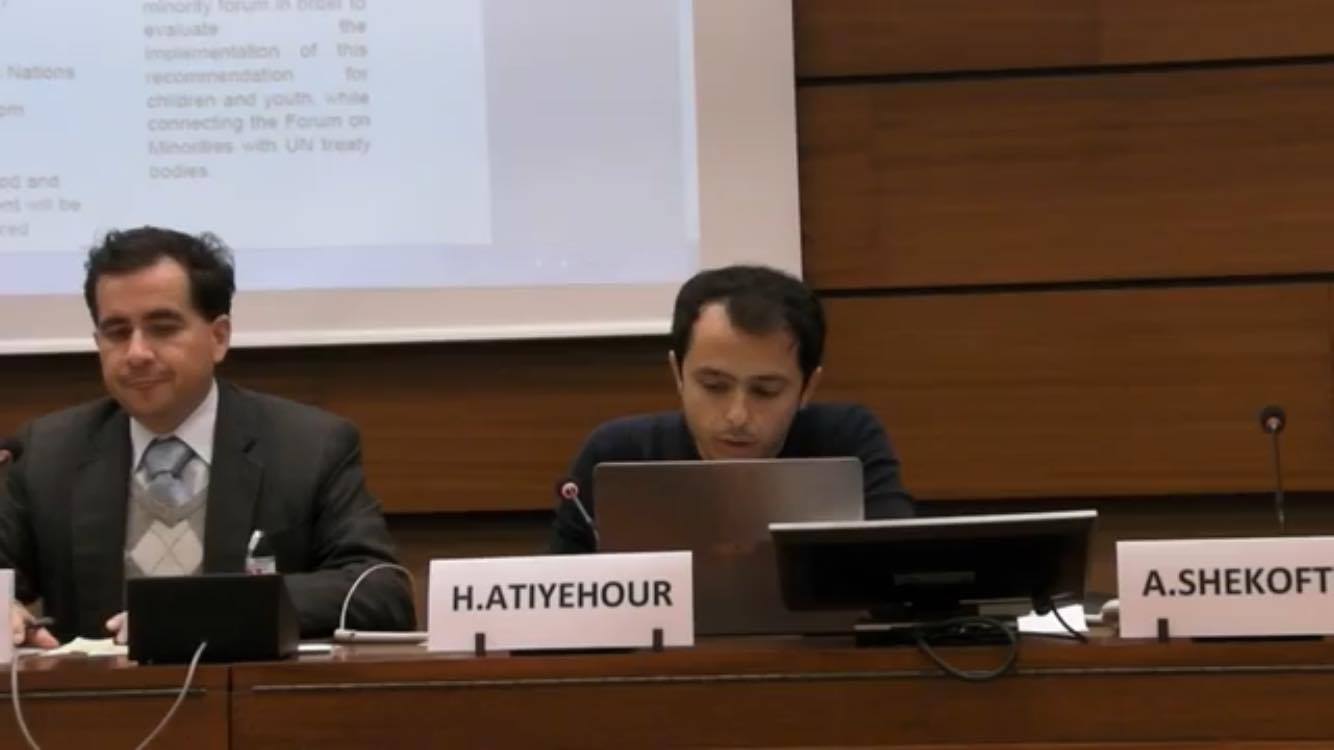