Iran is a multinational, multi-cultural, multi-ethnic and a multi-lingual country composed of Turks, Arabs, Persian, Kurds, Baluch and Turkmen – Almost all Bloch and Kurds and some of the Arabs and Turkmen are Sunni Muslim. They are being excluded and discriminated against by successive governments in Iran.

Here I would like to identify some challenges and problems facing Ahwazi-Arab and other Sunnis in Iran. Iran constitution bars Sunnis from becoming President or hold high government positions.

The Ahwazi Arab Nation in Iran has not been allowed to participate in running its own affairs. It does not have local or genuine national representation. The Arab minority in Iran is totally deprived of its civil, cultural, economic, political and social rights. It faces a systematic forced assimilation, ethnic cleansing and confiscation of its land and property.

It is recommended that Iran recognize and acknowledges its Arab citizens, Shia, Sunni and Mandais, and treat them with dignity.

In Economic life, while Ahwazi ancestral lands produce over 4.5 million barrels of oil daily and funds about 90% of Iranian economy; indigenous Ahwazis live in abject poverty and receive no part of its $ 80 billion annual income. Legislation to allocate 1.5% of revenue to Khuzestan or al-Ahwaz was repeatedly defeated in Iranian parliament.

We recommend that Islamic republic allocate 20% of the oil revenue to the development of the region.

Al-Ahwaz or Khuzestan’s political, military and security commanders, officers, mayors and all high and mid-level government officials of Khuzestan have consistently been appointed from non-Arab areas. In order to create an inclusive society, we recommend that the Islamic Republic establish a 33% quota to employ local indigenous Ahwazi Arabs in the Oil and Gas industries in the province.

The dropout rate of Ahwazi students is 30% during elementary school, 50% during secondary school and 70% during high school. Only one out of 4 Ahwazi students graduate from high school, while 3 out of 4 Persian students graduate from high school. In Iran Farsi/Persian language, which is native only to a 1/3 of the population, is the sole official language. Arabic and all other languages such as Kurdish, Turkish and Baluchis are banned therefore denying them their linguistic rights and the competitiveness in the job market. We recommend that minority languages allowed to be though in the respective minority regions at least in through elementary school.

Ahwazis are fighting to hold on to their national identity, religion, culture and language while the State has excluded Ahwazi-Arabs from the Iranian landscape, politically, economically and socially. Ahwazi-Arabs have continued to be viewed with suspicion and hostility by Tehran.

The Islamic Republic has consistently ignored the demands of national groups, to implement Articles 15 and 19 of the 1979 Constitution, which guarantee the use of regional languages and equal rights of ethnic groups. It does not acknowledge and/or recognize the existence of Ahwazi-Arabs as a people, nationality or a community. They are not allowed to have Sunni mosques oe Mandai temples.

Arabs are faced with discrimination in the Iranian civil service. Of the top 25 governmental positions, only two or three are Arabs. This 10-15% ratio of Arabs to non-Arabs in the Ahwaz City administration drops to less than 5% at the provincial level. This means that almost 70% of the populations of Khuzestan (the Arabs) hold less than 15% of the key and important governmental positions. With inadequate political representation, the Ahwazi Arabs are unable to address the injustices faced by their people in the economic, cultural, political and judicial sphere. Despite the province's fertility and potential in agriculture, farms are suffering from a lack of investment and are under-performing, leading to rural poverty.

Despite Iran’s Constitution and signature of the ICCPR, there is strong evidence that the Iranian authorities are orchestrating a policy of land confiscation and forced migration are in line with the "ethnic restructuring" program

In violation of the ICCPR, the Iranian authorities are encouraging the forced migration of Arabs out of Khuzestan and their replacement with “loyal” ethnic Persians, The regime is encouraging ethnic Persians to settle on the land confiscated from Ahwazi Arab farmers by placing advertisements in Farsi-speaking provinces and cities which promise cheap fully-furnished apartments with all amenities, which is in stark contrast to the squalor of the slums and villages where most Ahwazi Arabs reside.

While right to water and housing has been explicitly recognised in the ICCPR and the ICESCR, during the past 6 years, Iran constructed 4 Dams, Masjidsoliman, Dez, Gharoon and Gatvand on Karoon river and diverted its water from Arab province to Persian provinces of Isfahan and Rafsanjan. This is while he region is suffering from a water crisis. The water crisis has been caused by the long-term ecological mismanagement of the Karoon River, the largest river to flow through Ahwazi lands. Diversion of Karoon River has taken place despite the objection of the United Nation Environment Program’s (UNEP) and the local communities. Karoon is the largest river in Iran that runs through the Arab majority of Khuzestan (Arabistan) province. Last month, tens of thousands of Arab farmers lined up the banks of Karoon to protest diversion of Karron water to non- Arab provinces.

Recommendation and the positive measures by the State that would affect participation:

1. That Iran constitutionally and publically recognize and acknowledges the existence and the group rights of the Ahwazi- Arab and other ethnic minorities and provide official statistics on their populations

2. Facilitate economic participation by allocating a portion of the vast oil revenue for the development of Arab homeland in Khuzestan and employ indigenous Ahwazis in the oil and Gas industries to foster political participation.

3. Allow Arabs to study in their own language to reduce the high illiteracy rate among Ahwazis.

4. The Iranian government put in place a policy of devolution of power and establishes a local representative Ahwaz parliament and allow for participation in national government.

7. Implement Iran articles 15 and 19 by allowing local Arabic mother language to be though in elementary schools. 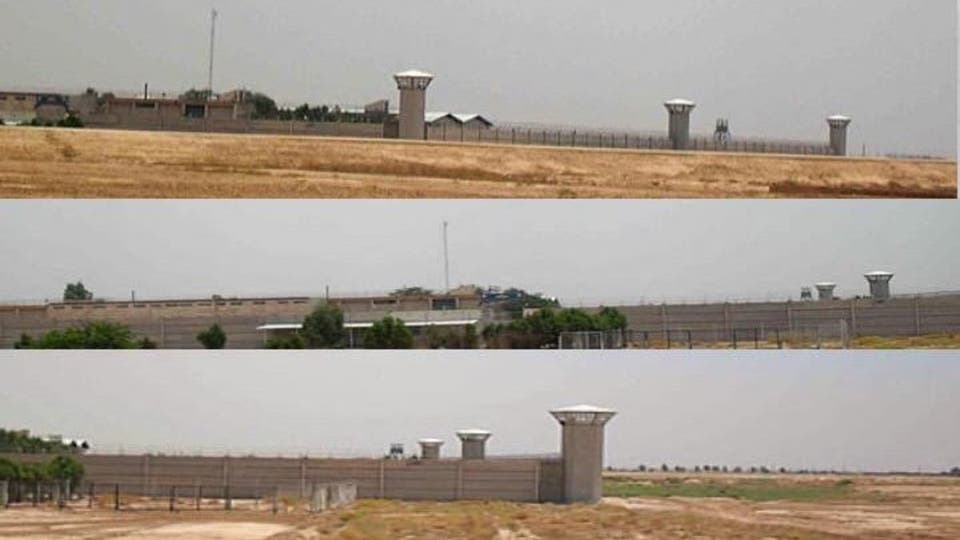