Behrouz Alkhani, a 30-year-old man from Iran’s Kurdish minority has been transferred out of Oroumieh prison’s general ward and placed in solitary confinement in preparation for his execution tomorrow, despite the fact that he’s still awaiting the outcome of a Supreme Court appeal, said Amnesty International.

“The Iranian authorities must urgently halt Behrouz Alkhani’s execution. Carrying out a death sentence while a prisoner is awaiting the outcome of his appeal is a serious violation of both Iranian and international law, and is an affront to justice,” said Said Boumedouha, Deputy Director of the Middle East and North Africa Programme at Amnesty International.

“Behrouz Alkhani faced a grossly unfair trial where basic safeguards such as the right to access a lawyer were ignored. He also says he was tortured and otherwise ill-treated in custody. The authorities must immediately stop this execution and grant him a fair retrial, in proceedings that are in line with international standards, without delay.

“The authorities have already carried out nearly 700 executions in Iran so far this year. Allowing Behrouz Alkhani’s death sentence to be implemented will only leave them with more blood on their hands.”

Amnesty International understands that Behrouz Alkhani informed his family early this morning local time that he was going to be transferred out of the general ward. His family was granted a last visit earlier today. They were told by prison officials that the execution will be carried out tomorrow.

Behrouz Alkhani was arrested in January 2010 in Salmas, West Azerbaijan, a province in northwest Iran, and held in solitary confinement apparently for more than a year without access to a lawyer or his family.

In 2011, he was convicted by a Revolutionary Court on charges of “effective collaboration with PJAK” (Party of Free Life of Kurdistan) and “enmity against God” (moharebeh) for his alleged role in the assassination of the Prosecutor of Khoy, West Azerbaijan province. He was also sentenced to 10 years in prison in relation to the possession and procurement of arms. His sentence was later overturned by the Supreme Court and sent back to Branch 10 of the Appeal Court of Oroumieh province for a retrial. The Appeal court however sentenced Behrouz Alkhani to death once again. He has appealed the sentence but has not yet been informed of the outcome.

Iran is the second most prolific executioner in the world after China, according to Amnesty International’s latest global death penalty report. 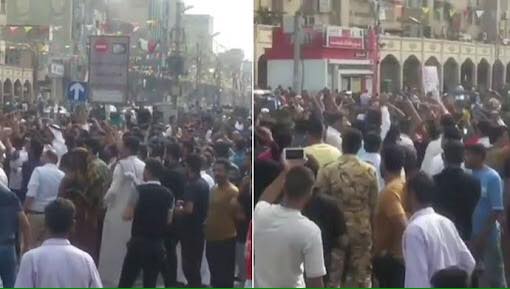