Ghazi Abbasi and three other men, Abdul-Reza Amir-Khanafereh, Abdul-Amir Mojaddami and Jasim Moghaddam Payam, have been executed. All were members of Iran’s Ahwazi Arab minority.

The four men had been transferred to an unknown location on 3 November, from Karoun Prison, in the south-western province of Khuzestan. Officials from the Ministry of Intelligence told the men's families on 2 December that they had been executed and buried, but would not reveal where Ghazi Abbasi, Abdul-Reza Amir-Khanafereh, Abdul-Amir Mojaddami and Jasim Moghaddam Payam had been buried. Amnesty International understands that the families have been barred from holding memorial events and were not told the exact date of the executions, either in advance or after they had taken place. A lawyer for one of the men has also said he had not been told beforehand of the executions. Under Iranian law, lawyers must receive 48 hours’ notification of any client’s execution.

The four men had been sentenced to death on 15 August 2012 by Branch One of the Revolutionary Court of Ahvaz for the vaguely worded charges of “enmity against God” (moharebeh) and “corruption on earth" (ifsad fil-arz). The charges related to a series of shootings that had allegedly led to the deaths of a police officer and a soldier. On 13 February 2013, Branch 32 of the Supreme Court upheld the four death sentences, though the lawyer for Abdul-Reza Amir-Khanafereh has said there was a pending appeal in his client’s case, possibly in relation to a separate case.

All four men denied any involvement in the shootings, saying their “confessions” had been obtained under torture and other ill-treatment, and they had recanted them in court. Both the lower court and Supreme Court judgements have acknowledged that some of the defendants retracted their “confessions” in court, saying they had been extracted under torture or other ill-treatment. However their claims of torture have not been investigated. Torture and other-ill treatment, particularly during pre-trial detention, are common and are committed with impunity in Iran.

Many thanks to all who sent appeals. No further action is requested from the UA network.

Imprisoned teachers Hadi Rashedi and Hashem Sha’bani Amouri, both members of Iran’s Ahwazi Arab minority, have been transferred to an unknown location, which suggests their executions may be imminent.

Hadi Rashedi and Hashem Sha’bani Amouri were transferred on 7 December to an unknown location from Karoun Prison in Ahvaz, Khuzestan province. They may be at imminent risk of execution, given the recent news that four other Ahwazi Arab men were secretly executed in November or December 2013.

Hadi Rashedi and Hashem Sha’bani Amouri were arrested in early September 2011, along with three other men, Mohammad Ali Amouri, Sayed Jaber Alboshoka and his brother Sayed Mokhtar Alboshoka, apparently in connection with their cultural activities on behalf of Iran’s Ahwazi Arab minority. They were sentenced to death on 7 July 2012 by Branch Two of the Ahvaz Revolutionary Court, after being convicted of charges including “enmity against God”, “corruption on earth”, "gathering and colluding against state security” and “spreading propaganda against the system”. All five men were denied access to a lawyer and their families for the first nine months of their detention and are believed to have been tortured or otherwise ill-treated before and after the verdict. Hadi Rashedi and Hashem Sha’bani Amouri were shown “confessing” on a state television channel before the trial, in violation of international standards on fair trial. In January 2013, the Supreme Court upheld their death sentences. In March 2013, the men began a hunger strike in protest at this decision, their alleged torture and other ill-treatment and the prison authorities’ refusal to grant them medical treatment. They continued the hunger strike for 28 days.

All five men were transferred in August 2013 to an unknown location where they were held for between one and five weeks. Hadi Rashedi and Hashem Sha’bani Amouri were reported to have been pressured to make videotaped “confessions” and are believed to have been tortured or otherwise ill-treated when they refused.

n Urging the authorities to reveal the whereabouts of Hadi Rashedi and Hashem Sha’bani Amouri, not execute any of the five men (naming them) and order retrials for all of the men, in proceedings in line with international fair trial standards and without recourse to the death penalty;

n Urging them to effectively investigate the allegations that the men were tortured or otherwise ill-treated and disallow as evidence in court any “confessions” that may have been obtained under torture;

n Calling on them to ensure the men are protected from torture and other ill-treatment, are granted all necessary medical treatment and are allowed immediate and regular contact with their lawyers and families.

Please check with your section office if sending appeals after the above date. This is the third update of UA 137/12. Further information: http://amnesty.org/en/library/info/MDE13/049/2012/en

The five men are members or co-founders of the cultural institute Al-Hiwar, registered during the administration of former President Khatami, which used to organize events in the Arabic language, including conferences, educational courses, art classes, and poetry recital gatherings, in the south-western city of Ramshir. The organization was banned in May 2005, and many of its members have since been arrested.

All five men were arrested at their homes in early 2011, ahead of the sixth anniversary of widespread protests by Ahwazi Arabs in April 2005. Mohammad Ali Amouri was arrested 20 days after he had been forcibly returned from Iraq, where he had fled in December 2007. He was not allowed family visits for the first nine months after he was detained, and is understood to have been tortured or otherwise ill-treated. Hadi Rashidi was hospitalized after his arrest, apparently as a result of torture or other ill-treatment, and is believed to be in poor health. Family members have said that Sayed Jaber Alboshoka’s jaw and teeth were broken during his detention and that Sayed Mokhtar Alboshoka has experienced depression and memory loss as a result of torture or other ill-treatment. Hashem Sha’bani Amouri is said to have had boiling water poured on him.

Hashem Sha’bani Amouri and Hadi Rashidi were featured in a programme aired by Iran’s state-controlled English-language television station, Press TV, on 13 December 2011. Hashem Sha’bani was shown admitting that he was a member of the “Popular Resistance”, a group which he said had ties to Saddam Hussein and Mu’ammar al-Gaddafi, the former leaders of Iraq and Libya. Hadi Rashedi was described as “the leader of the military wing of the Popular Resistance” and was seen saying that he had participated in an attack on a house containing four government officials.

A sixth man arrested around the same time and tried alongside the five – teacher Rahman Asakereh – was sentenced to 20 years’ imprisonment to be served in internal exile. His sentence was upheld in January 2013.

Four other Ahwazi Arab men, Ghazi Abbasi, Abdul-Reza Amir-Khanafereh, Abdul-Amir Mojaddami and Jasim Moghaddam Payam, were executed in November or December 2013 following their transfer from Karoun Prison to an unknown location on 3 November. Amnesty International understands that the families of the men were not told the exact date of the executions, either in advance or after they had taken place, and have not received the bodies of their relatives. A lawyer for one of the men has also said he had not been told beforehand of the executions despite legal requirements under Iranian law that lawyers must receive 48 hours’ notification of any client’s execution. 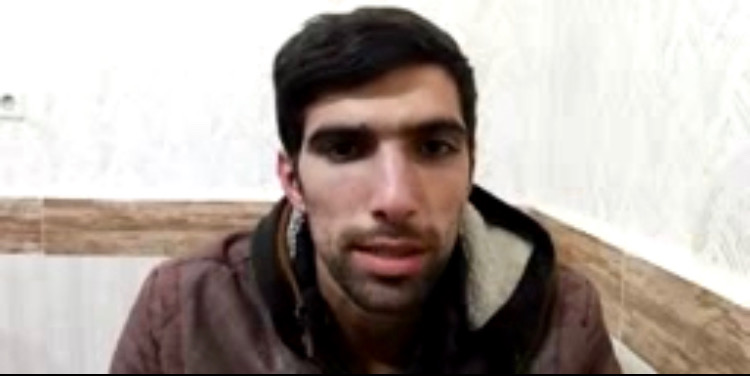