Ahwazi Arab young man set himself alight in front of the municipal office Mohammarah (‪Khorramshar) when the security officers confiscated his kiosk on Saturday 14 March 2015, he was admitted to local hospital and is in critical situation.

Younes Asakereh, 34, married with two kids, used the kiosk as the only source of income, and he lives with his family in a rented place and the contract ended and was asked to live the place.

Previously the governor of the city of Mohammarah, Vali Ulah Hayati, asked the council to confiscate all the kiosks preparing for the welcome celebration for Rahian Noor Caravan, which is coming from north provinces in the memory of martyrs of the war.

On Saturday 14 March 2015 when Younes found that his kiosk was collected by the council set himself alight. He was admitted to Taleghani hospital in Ahwaz city and estimated that more than 70% of his body was burnt and he is in intensive care unit with critical conditions now.

Another Ahwazi Arab, Mahdi Hadi Mojaddam, also set himself alight inside the offices of the provincial Governor in Ahwaz on April 2013 in a protest against unemployment and died few days later.

Mahdi was desperately looking for job that time and was seeking help from the governor to get an opportunity to work, but his efforts ended without hope and cost of his life. When Mahdi left the governor office he set himself alight, and was admitted to the local hospital in Ahwaz. He was beaten seriously by the security officers since he set himself in the governor office. His family was interrogated by intelligence service and threatened to make any interview with the media, if they do they would be arrested ( http://www.ahwaziarabs.info/2013/04/ahwazi-sets-himself-alight-in-governors.html )

The province of Ahwaz (Khuzestan) provides more than 80% of the Iran’s oil revenue while the local Arabs suffer from very high rates of unemployment and poverty. The oil companies employ non-local people from other provinces.

Ahwaz Human Rights Organisation (AHRO) condemns the act by the officials of the Mohammarah and it is against the humanity and caused more poverty and deprivation of the indigenous Arabs in the area.

The Iranian regime in fear from the local and international media to cover this news as that would encourage more acts of many unemployed Arabs against the poverty and deprivation in the area.

AHRO calls the international human rights organisations and NGO’s to condemn and focus on the incidence and expose the racist policies and discrimination, national persecution of Ahwazi Arabs by the Iranian authorities. 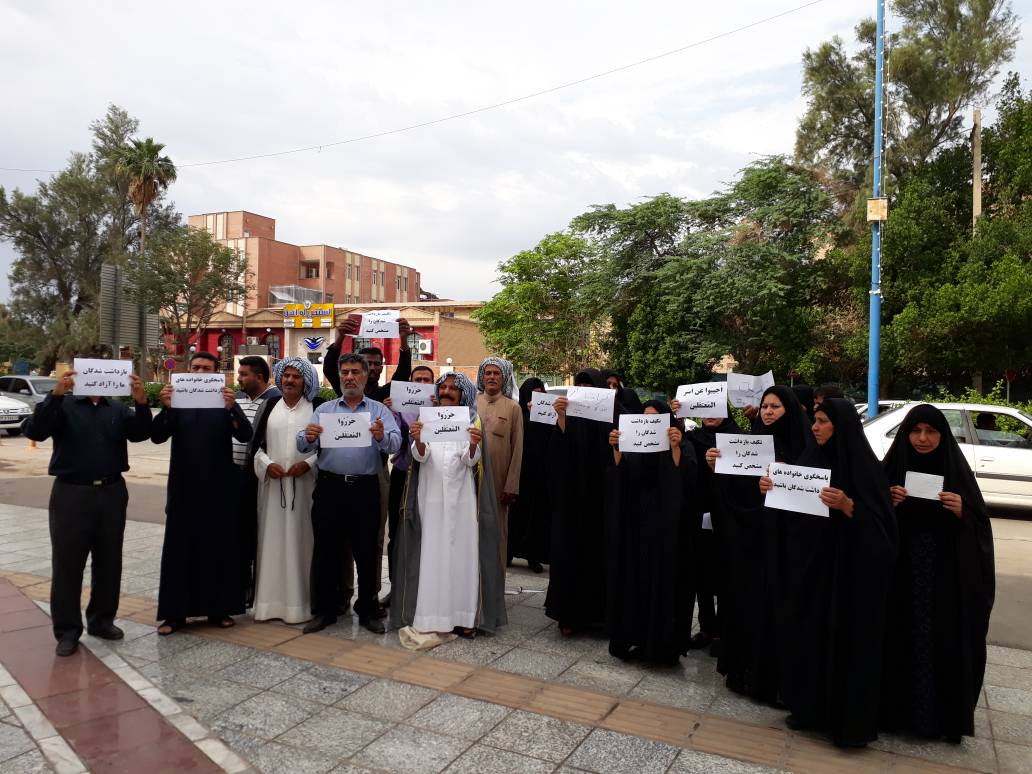