The Unrepresented Nations and Peoples Organization (UNPO) has become aware of false allegations made recently against one of its Members, the Democratic Solidarity Party of Al-Ahwaz (DSPA). The DSPA which is the representative of the region of Al Ahwaz in the UNPO Member organization promotes the political and social rights of the Arab Ahwaz. The Ahwazi-Arabs are one of the largest ethnicities in Iran living under precarious security conditions due to the Iranian regime's increasing resort to 'secret' executions to suppress opposition to the regime.

The allegations, which were posted on various state-sponsored websites, allege attempts by the DSPA to block the involvement or membership of other Ahwazi-Arab organizations in the UNPO Member organization. The allegations assert that the DSPA objects to UNPO granting membership to various Ahwazi-Arab political parties on the grounds they may have possible links to Al Qaeda and could therefore be detrimental to the Ahwazi-Arab cause. The political parties they refer to as having been blocked from UNPO membership include the Arab Front for the Liberation of Ahwaz (AFLA), the Ahwazi Arab People’s Democratic Popular Front (AAPDPF) and the Ahwazi Democratic Popular Front (ADPF).

UNPO informs that at no time has it received any applications for membership from the AFLA, AAPDPF or ADPF. Further, it is aware, contrary to allegations, that some of the parties have publicly denied making any application to UNPO for membership. UNPO additionally wishes to reiterate its complete adherence to a Five Principle Covenant of Democracy, Self-determination, Non-violence, Tolerance and Environmental Protection. UNPO highlights that it rejects association with any organization, political party or minority group, whose actions are deemed to breach this covenant.

Moreover, UNPO notes the timing of the allegations comes as the Iranian regime is preparing for Presidential elections to be held on 14 June 2013. UNPO believes the allegations are an attempt by the Iranian Intelligence and its elements abroad, to distract attention away from the Iranian regime’s flagrant violations of the rights of these ethnicities and the rise in ‘secret’ executions, by keeping the Ahwazi-Arab movement disunited, sowing the seeds of distrust and suspicion amongst its political organizations and individuals.

UNPO condemns the false allegations and the attempt to discredit the organization's work, and states that it will continue to defend the rights of minorities with utmost vigour. 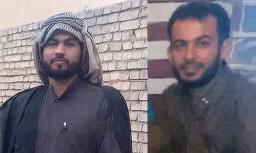 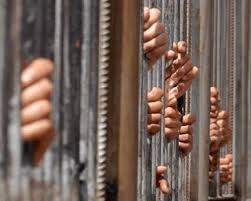