Iran: Protests in Ahwaz and Mahabad and Balouchistan

Iran: Protests in Ahwaz and Mahabad and Balouchistan

“The reported scale of the arrests against Ahwazi Arab activists in recent weeks is deeply alarming,” said Hassiba Hadj Sahraoui, deputy Middle East and North Africa director at Amnesty International. “Instead of relying on arbitrary arrests, Iranian authorities should release those detained for peacefully demonstrating or speaking out and promptly charge any others with a recognizably criminal offense and ensure they receive a fair trial or release them.”

Iran's report to UN on minorities did not mention Ahwazis

Iranian high council for human rights has published a report on ethnic and religious minorities without including Ahwazi Arabs as an ethnic group
Ahwaz Human Rights Organization rejected the report created by the Iranian High Council for Human Rights about the situation of ethnic and religious minority in Iran .
On 24-25th of November 20126 Iranian delegation in United Nation’s 9th session of minority forum has provided copies of this report in abundance for the public .
Both the Head of Ahwaz Human Right Organization Dr. Karim Abdian and AHRO representative Sheyma Silawi raised this issue during their interventions, and confirmed Iranian government’s efforts to deny and erase Arabs existence .
All provinces were listed in the report while Arabistan (Khuzestan) was left out.
The full PDF report can be found in the link below :
https://cdn.fbsbx.com/v/t59.2708-21/15120014_1843976882555860_955344221487759360_n.pdf/Iran-HCHR.pdf?oh=b3d669e0d3ce90d461f2b70b555210f4&oe=583F77CC&dl=1 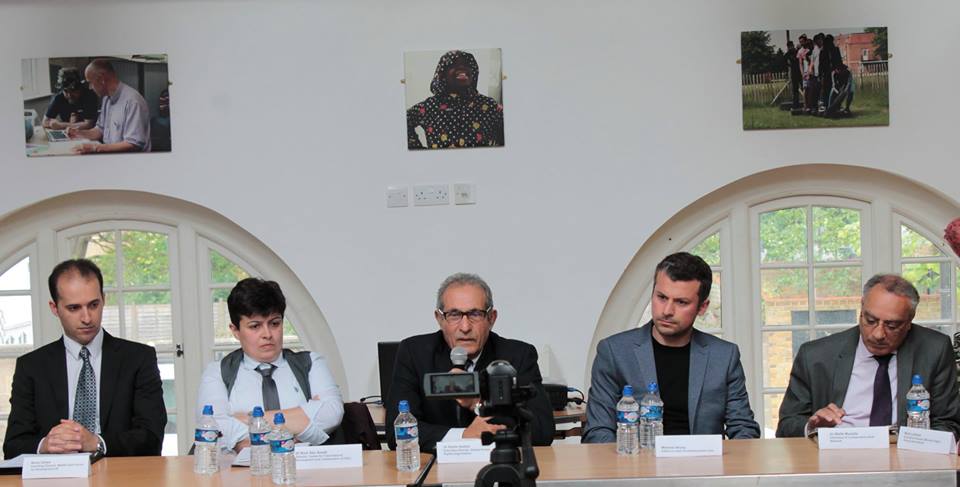